Obituary for Jeffrey A. Kitaeff 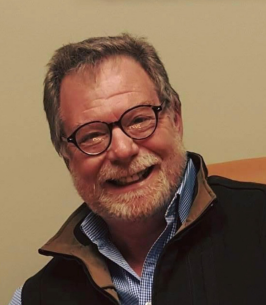 Jeffrey A. Kitaeff, Esq. (age 72) passed away surrounded by his family and dear friends on Saturday, September 17, 2022 after fighting a courageous 3.5 year battle with stage 4 lung cancer. He was an exceptional attorney, a talented teacher and mentor, an always optimistic and thoughtful patient, and most of all a loving husband and father, brother and uncle.

Hailing from the Bronx, New York, Jeff made his way to the Boston area for college at Clark University, law school at New England School of Law and eventually settled in North Andover more than 40 years ago. He was appointed to the very first panel of bankruptcy trustees in the U.S. Trustee’s office in the late 1970’s and magnanimously paved the way for hundreds of clients in Massachusetts who were in debt and seeking guidance to “get a fresh start.” Jeff’s legal prowess might only be surpassed by his love of music, which he sought to share with everyone he knew. If you met him, he would have asked “do you like jazz?” and invited you to concerts regardless of the answer.

A funeral service will be held at Temple Emanuel 7 Haggetts Pond Rd, Andover on Tuesday, September 20th at 10:00AM, followed by interment at Temple Emanuel Cemetery 202 Mt. Vernon Street in Lawrence and a celebration of life afterwards at the Sahara Club (Jeff’s favorite jazz venue), located at 88 Oak Street in Methuen.

In lieu of sitting shiva, Jeff’s family asks for his spirit to be honored with glasses of scotch and many stories over the next 7 days and beyond. Instead of flowers, gifts may be made to Dana-Farber Cancer Institute in memory of Jeffrey Kitaeff to support cancer research and patient care at:
Dana-Farber Cancer Institute
P.O. Box 849168
Boston, MA 02284
or via www.dana-farber.org/gift